Magic and sex were closely linked in the Middle Ages. Earlier we saw, for example, the love charms written by Vikings. But magic could also have the opposite effect. People considered an erectile dysfunction the result of a curse – one that could have dire consequences for the afflicted men.

In the early 13th century, Thomas of Chobham wrote:

It happened once in Paris that a certain sorceress impeded a man who had left her so that he could not have intercourse with another woman whom he had married. So she made an incantation over a closed lock and threw the lock into a well, and the key into another well, and the man was made impotent.

The belief that sorcerers and witches could cause impotency was widespread in the Middle Ages. There existed some alleged cures as well: for example, if a man urinated through the key hole of the church where he married, he would heal!

And a cure was very much necessary for a man suffering from erectile problems… because they could cost him his wife. In Medieval times, getting a divorce wasn’t easy. However, women could leave their marriage if it turned out their husband was impotent. (After all, the sole purpose of marriage was to bring forth and multiply…)

The problem was, of course, that a judge couldn’t allow the divorce without evidence that the man was indeed unable to have sex with his wife. Cue in the witnesses and the “penis investigators”.

Both played a part in the 1370 court case of Tedia Lambhird against John Saundirson. Tedia claimed that John was impotent, and to support her story, she had a witness. Another man, named Thomas son of Stephen, told the court that he had seen how:

Serious claims, clearly! To make sure the accusations held water, the judge then ordered three “honest women” to investigate John’s problematic appendage. The women who performed this task could be respectable married family members, sex workers or widows. In the case of John vs. Tedia, their blistering report was:

… that the member of the said John is like an empty intestine of mottled skin and it does not have any flesh in it, nor veins in the skin, and the middle of its front is totally black. And said witness stroked it with her hands and put it in semen and having thus been stroked and put in that place it neither expanded nor grew. Asked if he has a scrotum with testicles she says that he has the skin of a scrotum, but the testicles do not hang in the scrotum but are connected with the skin as is the case among young infants.

Nowadays, researches assume John suffered from the rare disease known as hypospadias. The court, however, had no mercy with the unlucky husband and annulled the marriage within days.

Thankfully, in some cases, a solution seems to have come about. Remember the sorceress locking a man’s physical capacities above? According to Thomas of Chobham, this story had a happy ending:

But afterwards, when the sorceress was forced to acknowledge the truth, the lock was retrieved from the one well and the key from the other. As soon as the lock was opened, the man became able to have intercourse with his wife.

There may have been other ways for men to solve their erectile dysfunction issues. For example, there existed a Medieval viagra-like medicine. But that’s a subject for another day 😊 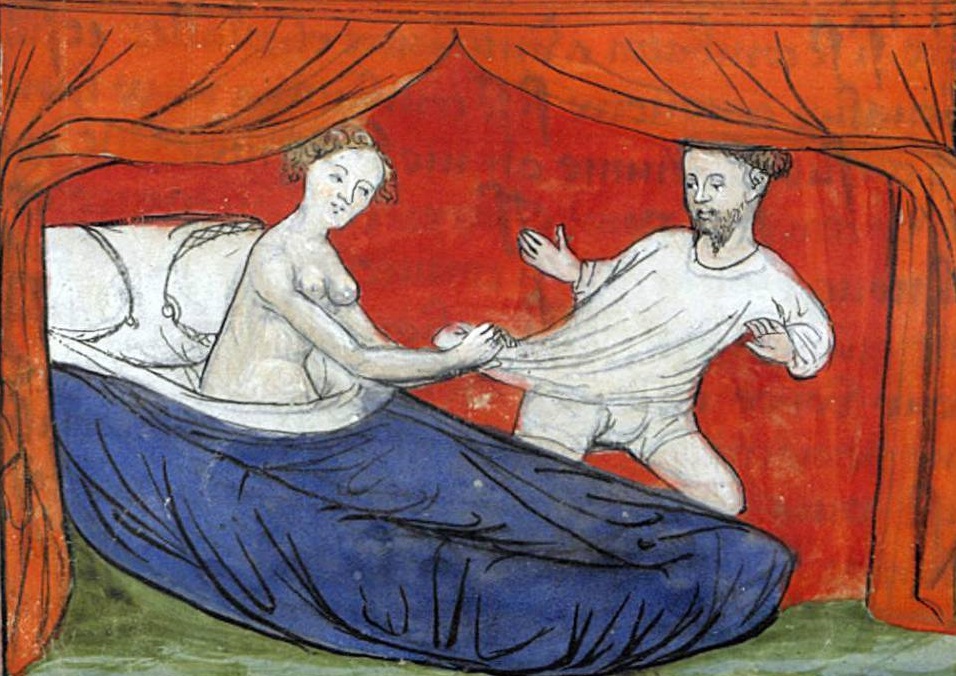