If there’s anything I’ve learned during my historical research, it is that our age is really pretty prudish and uptight. Today’s illustration: the Romans. Thanks to the Vesuvius, we have some pretty good idea of Roman graffiti… and that really is something.

When the Vesuvius buried Pompeii and Herculaneum under a thick layer of stone and ash, it created a time capsule of Roman society. These days, archaeologists digging up the remainders of the town can reconstruct Roman daily life in quite some detail. And as it turns out, that includes a LOT of graffiti.

Now of course, we already knew the Romans loved their bawdy graffiti. (They also drew penises around Hadrian’s wall, just to name a thing…) But the walls in Pompeii were protected against the sun and the wind for thousands of years, and that means a lot more graffiti has been retained as well.

Some of these writings are really quite cute! Others are… well, let’s say, a little more explicit about the matter. Below you find a list of my favourites!

As I said, some of these graffiti texts are really pretty cute. For example…

Other graffiti texts really tell a whole story. For example:

As the last text already suggests, Roman graffiti really isn’t shy about sex. As a matter of fact, much of the Pompeii graffiti is downright vulgar.

Some particularly impressive examples are:

It’s perhaps no surprise that some Romans were  unhappy about these literary pieces on their walls… For example, the famous writer Plutarch noted that “There is nothing written in them which is either useful or pleasing – only so-and-so ‘remembers’ so-and-so, and ‘wishes him the best’, and is ‘the best of his friends’, and many things full of such ridiculousness.”

But the best summary is perhaps given by the unknown writer who scribbled the following observation on a wall:

The Romans were definitely not the only bawdy writers in history, by the way. For example, we also have some pretty lewd Viking graffiti! As I said, modern times are really quite prudish…

Roman graffiti: the cute, the funny and the bawdy 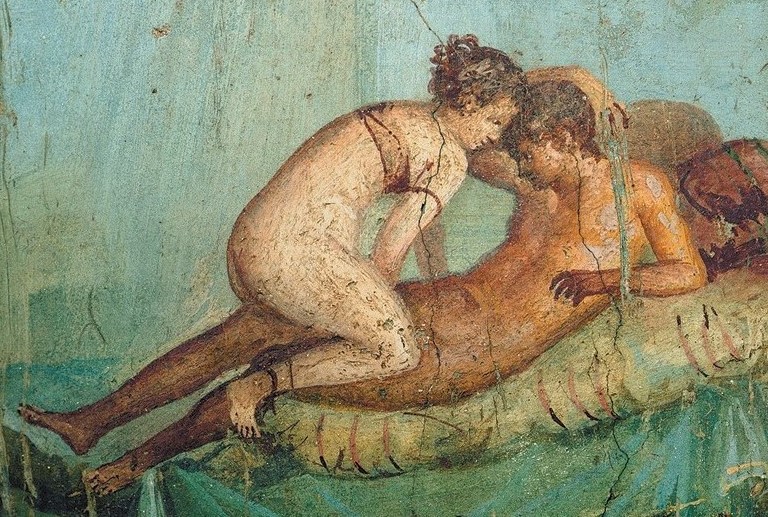 2 Comments on Roman graffiti: the cute, the funny and the bawdyFun facts LisetteApril 30, 2021Romans

2 thoughts on “Roman graffiti: the cute, the funny and the bawdy”