In Regency England, divorce was complex, time-consuming and expensive. Luckily, if you didn’t have the money, there was another way to get out of an unhappy marriage: wife sales!

In January 1815, a man names John Osborne from Maidstone wanted to get rid of his wife. The general way to do this was to put up an advertisement in the newspaper and bring your wife to the local market, where an auction would determine her new ‘owner’. However, on the day where Osborne had planned the sale, there happened to be no nearby market. Therefore, the report writes, the transaction took place at “the sign of ‘The Coal-barge,’ in Earl Street”. For no more than £1, a man named William Serjeant took over both wife and child from Osborne.

Wife sales were performed as elaborate rituals. Often the wife would be led to the market by a robe or ribbon around her neck or arm. There the husband would list all her good and bad qualities, and often name his price.

For example, in 1832 a certain Joseph Thompson offered his wife for sale by calling her “a born serpent” who buyers should avoid “as you would a mad dog, a roaring lion, a loaded pistol, cholera.” However, the nameless woman wasn’t all bad: she was good at milking cows and singing, and was a fine drinking companion. He therefore offered her “with all her perfections and imperfections, for the sum of fifty shillings.”

Wife sales… for the wife’s benefit

The practice sounds barbaric to our modern ears. Yet in the Regency era, a wife sale was often the only way for a wife to get out of an unhappy marriage. Very often, the sale had even already been arranged on beforehand, and there would only be one bidder – the wife’s lover!

For example, at a wife sale on the Smithfield market in 1815, a woman was sold for 50 guineas and a horse. Afterwards “the lady, with her new lord and master, mounted a handsome curricle which was in waiting for them, and drove off, seemingly nothing loath to go.”

Moreover, the wife had to agree with the transaction. If she didn’t like her buyer, she could refuse to come with him, in which case the husband had to put her on sale again – or take her back home.

Wife selling wasn’t a practice supported by law. So why was it still done? The elaborate ritual was mainly meant to publicly show that the husband forfeited all claims to his wife, even if they did not divorce. Ironically enough, this mostly protected the wife! Without a sale, her husband could sue her and her new lover for adultery, as they were still officially married.

Even then, wife sales were seen as rather boorish by the elite of the time. After 1857, when getting a divorce became easier, the practice quickly declined in popularity. Yet it took decades for it to disappear entirely. In 1913, a police report from Leeds still features a young woman who claims her husband sold her to a colleague for £1!

Wife sales: how to get a divorce in Regency England 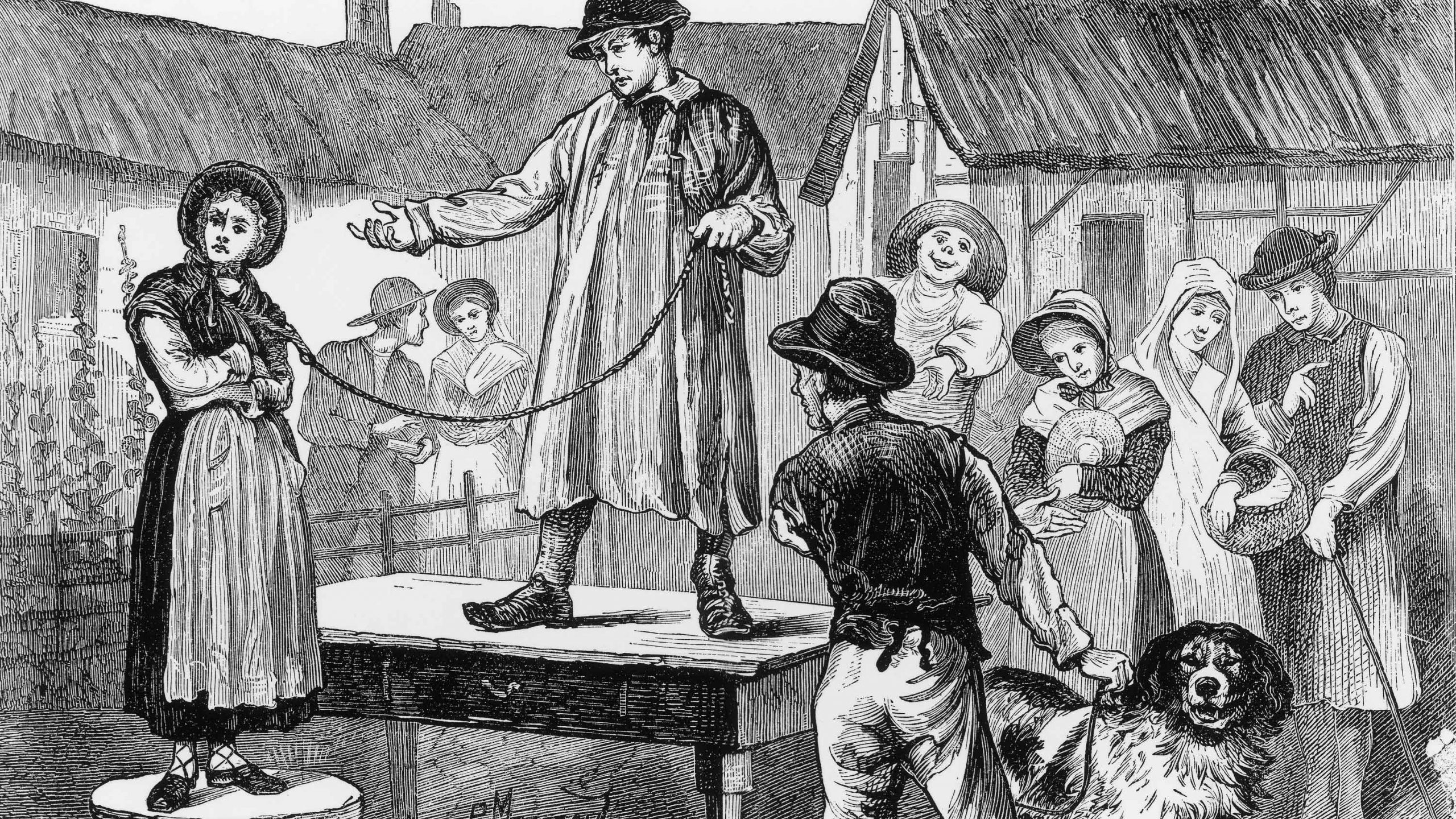 No Comments on Wife sales: how to get a divorce in Regency EnglandFun facts LisetteJanuary 4, 2021February 10, 2021Regency