Throughout history, people have been uncomfortable with naming genitalia. The word “penis” itself is an example – that used to mean “tail” in Latin! But many more euphemisms have been invented over the centuries… In this blog, I collected some of my favourite penis names in history. And boy, that’s a list.

Writing and talking about genitalia is… a delicate balance. Euphemisms often end up being ridiculous, but just calling the parts by their name is usually considered awkward as well. And this is not just a struggle for modern romance writers! People have been trying to find acceptable names for the, er, masculine parts as long as they have been writing. (Probably longer, but caveman slang unfortunately didn’t survive to this day.)

So what do we have? I’ve categorized my penis names in history by time period, for your convenience.

Roman names for the penis

People weren’t exactly prude in ancient times. (If you doubt me, just read a little about graffiti in Pompeii…) Most of Roman penis names were “normal” metaphors, comparing the genitalia to weapons, poles, pointed instruments and plants. For a more complete overview, you can read this lovely book on Latin vulgarity. Some highlights:

Medieval names for the penis

Unfortunately, most sources from the Middle Ages were written down by monks – who generally didn’t spend much time collecting penis euphemisms. Some words still survived, though:

These are taken from The Garden of Sensual Delight, a book written in 15th century Tunisia which gives advice on making love. Luckily for us, the author also includes a chapter on names for the penis. Some of his suggestions are:

Most of these are taken from Jonathon Green’s Dictionary of Slang, and don’t need any explanation…

Did I forget any highlights in the history of penis names? I’m always happy to add items to the list, so feel free to comment 😊 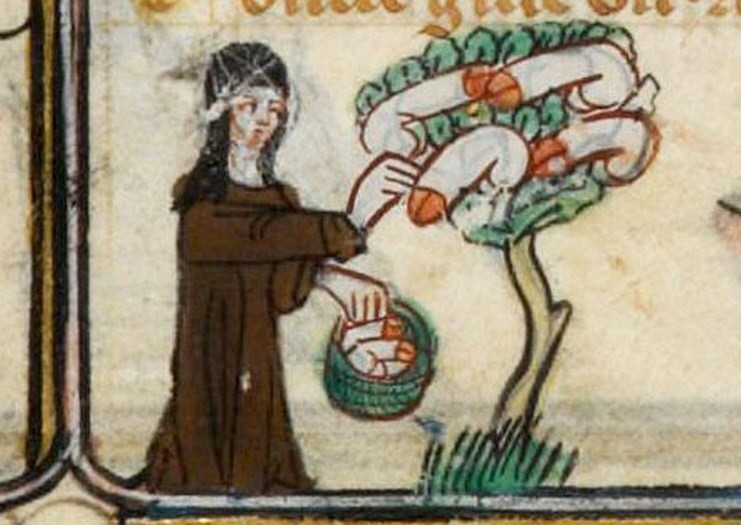